This Viral Photo Inspired Copycats, But There’s Something You Should Know… 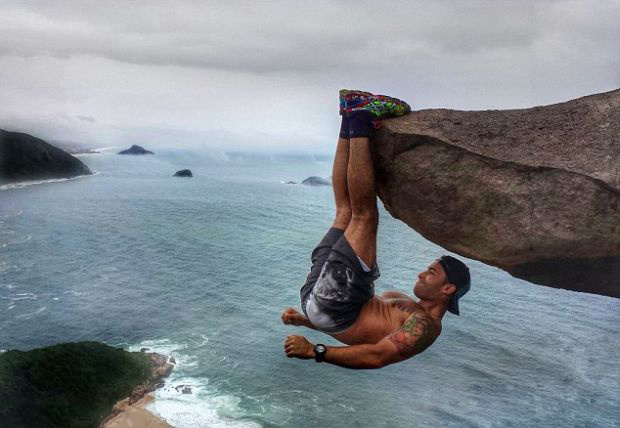 Luis Fernando Candela trained hard at the gym for months leading up to his stunt, a rock climbing trick that seemed so extreme, only a crazy person would attempt it.

After all, the rock is 984 above the jagged beach line below -- and a fall from that high off the ground would certainly lead to instant death. Still, Candela managed to photograph himself dangling from this jutting rock, hanging on by nothing but his fingertips. What's more: He inspired others to do the same.

You're not going to believe what some people will do for a taste of adventure -- or at the very least, a great photograph.


This is Luis Fernando Candela. He claims to have prepared for this moment for months at the gym. The rock he's hanging from is 984 feet above the beach. 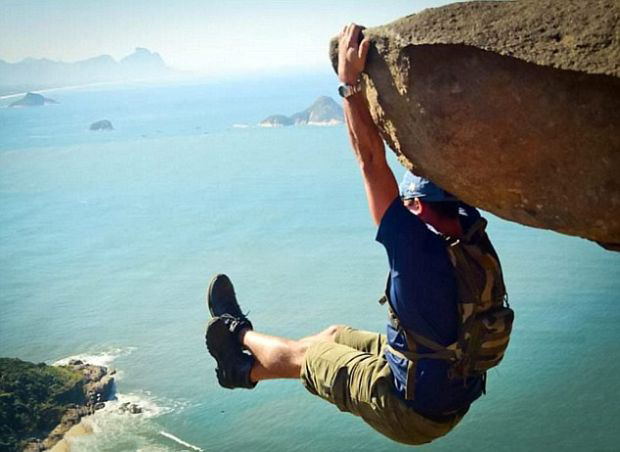 He started a bit of a trend, it seems: Extreme rock dangling. How is this even possible?

It's probably a good idea to have a friend -- or two, or ten -- standing by should you want to do something like this. 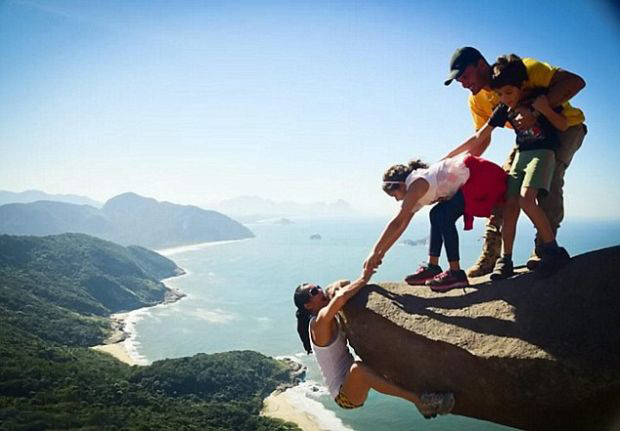 
Would you trust your BFF with something like this? 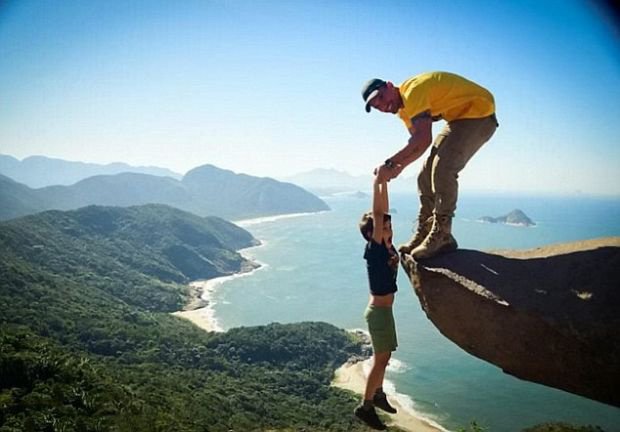 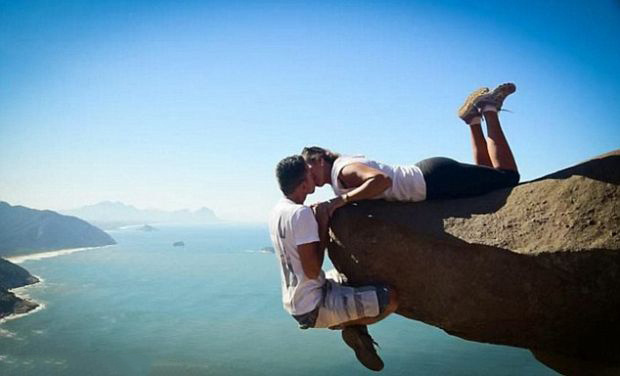 All in all, it seems that this is a pretty terrifying situation. 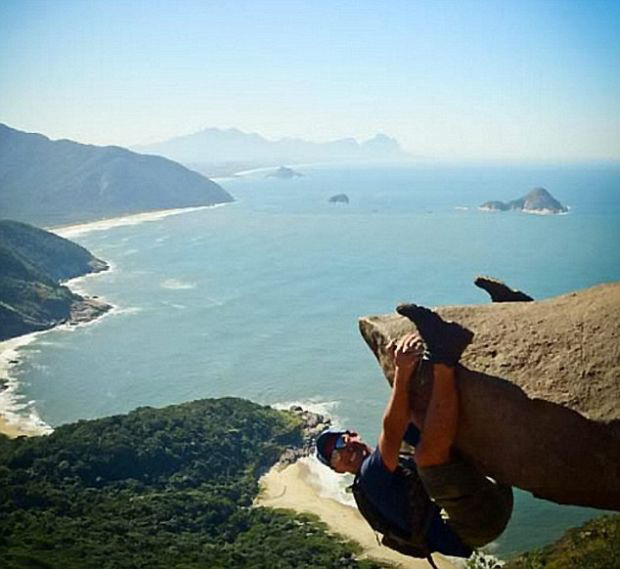 How could they do it with such big smiles on their faces? 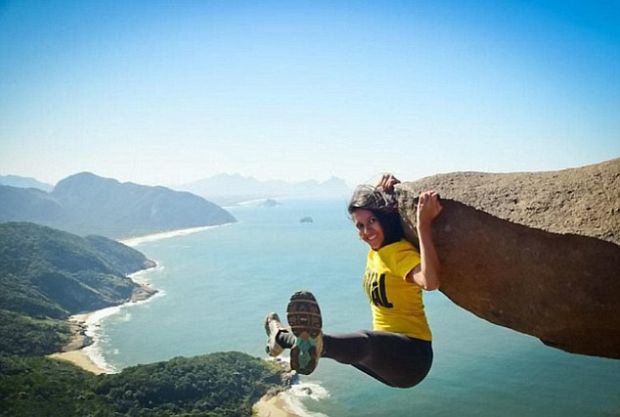 Some people really took it to the next level, letting their child go out on a limb. 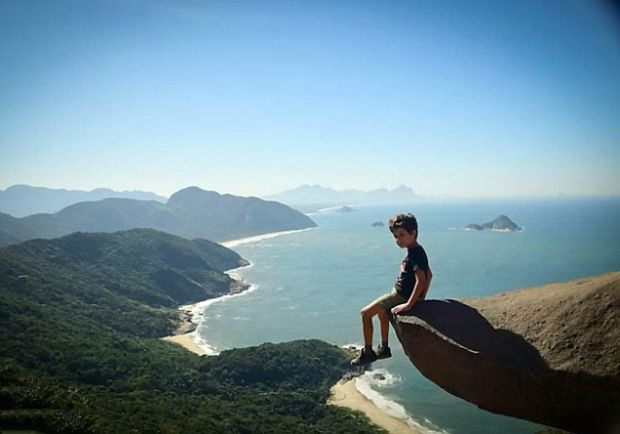 And yes, this rock in Pedra Branca, Brazil actually is 984 feet above the beach. 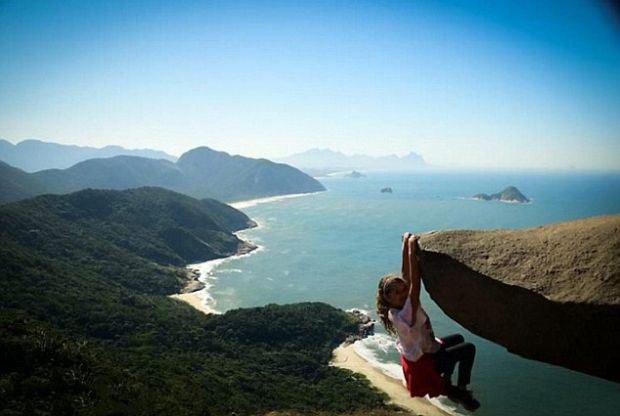 But it's also less than a meter from the ground. 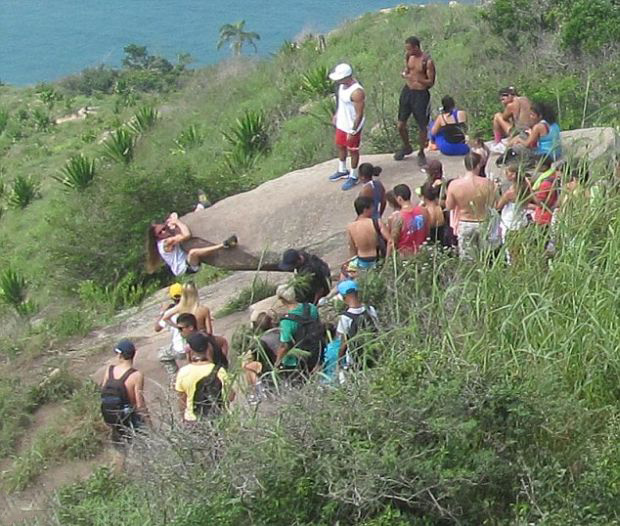 Suddenly, you want to try it out for yourself, don't you? 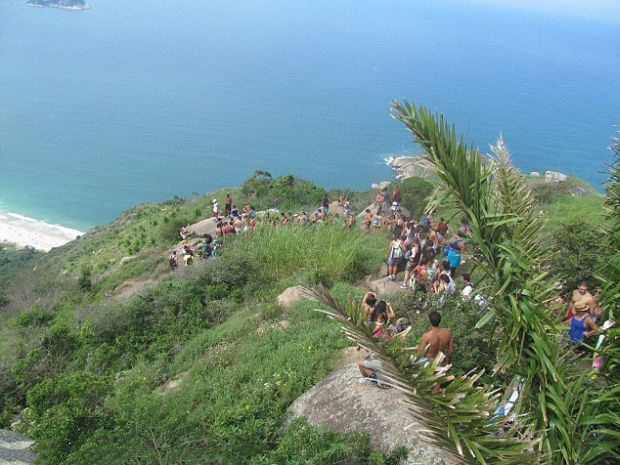