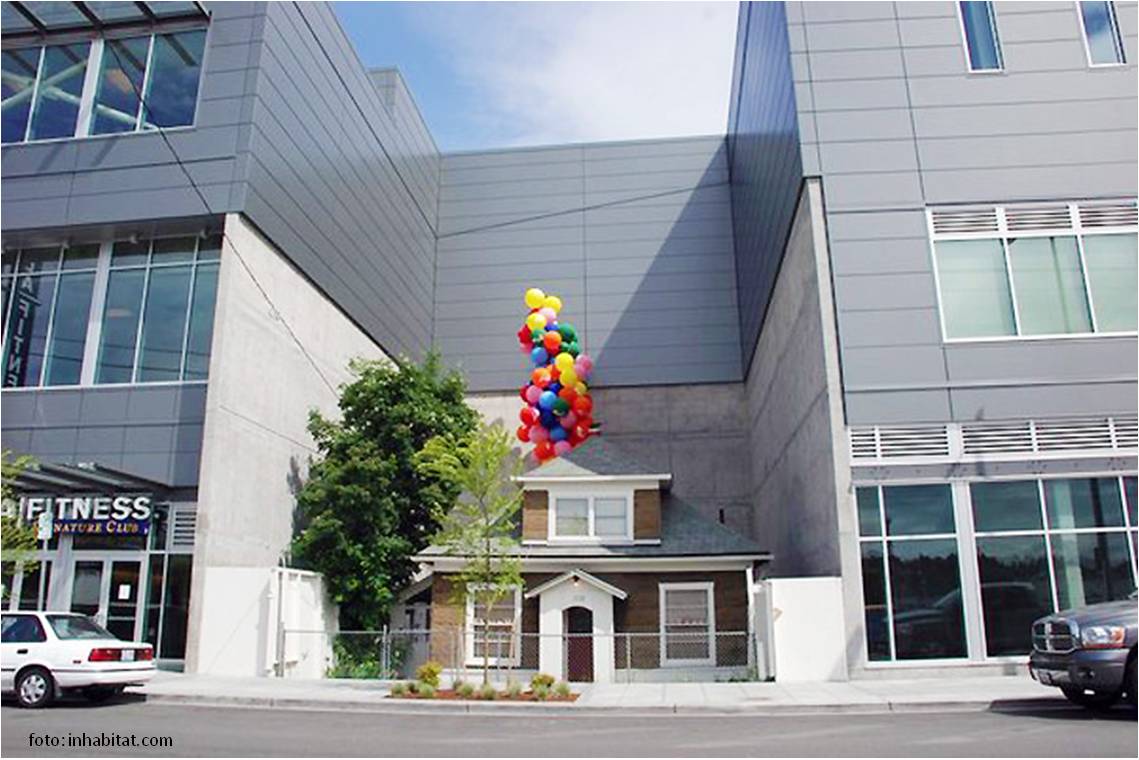 In 2006, developers wanted to build a shopping mall in Seattle, Washington, over Edith Macefield’s house, but she wasn’t going to give it up. After she refused a million dollar offer the developers decided to build around her house; the picture tells it all.

After news of her defiance hit the internet, her house because a symbol of struggle against the growth of corporatism, even inspiring the film “Up,” in which Pixar modeled its house after Macefield’s home.

In 2008, Edith died and left the home to Barry Martin, the construction chief at an adjacent building site who had befriended her and helped her through her final days. The future of the house was unknown, although Martin said he would like to turn it into a memorial of some kind. 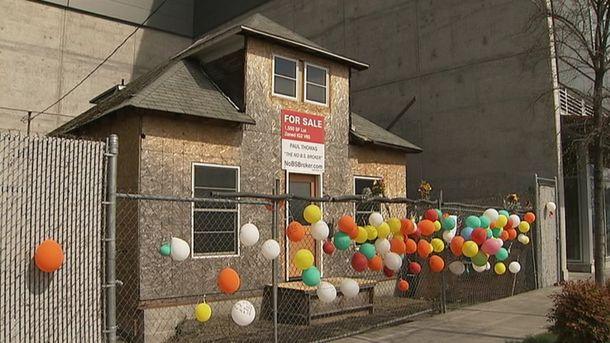 The house was gutted and remodeling began, but was cut short and the house went up for auction. In March of 2015, the house failed to sell at auction because the $170,000 price tag came with $300,000 in lien taxes. After the failed auction, the house was re-listed without any tax lien and will be sold to the highest bidder.

Here’s a video tour of the house in its current condition, with some cheesy music: