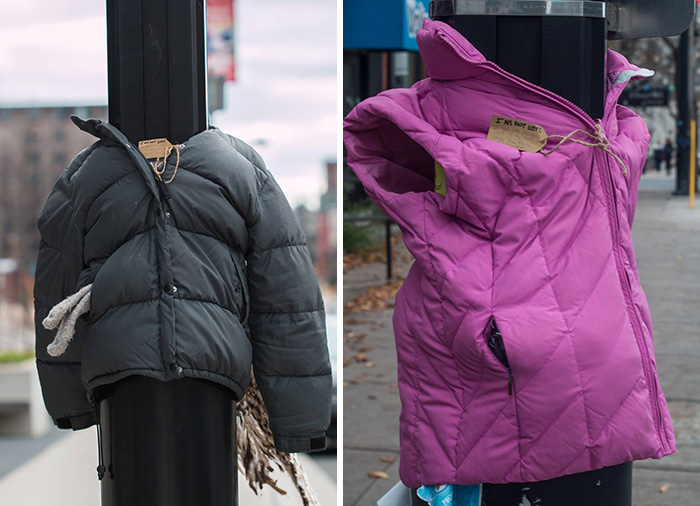 When you’re inspired to “be the change,” you just have to get out there and take action – no matter your age. A group of kids in Canada is doing just this, and inspiring many in the process.

CBC News reports that activist Tara Smith-Atkins, her eight-year-old daughter, and seven of her daughter’s friends took to the streets to dress up street poles in Halifax to help homeless folks this winter.

It all began when Smith-Atkins was fretting over how to help the homeless stay warm during the coming winter months. After some brainstorming, she began asking her community for coat donations and winter items still in good shape.

It didn’t take long for people to respond. Over a period of two weeks, bags of winter coats, hats, and more started flowing in. 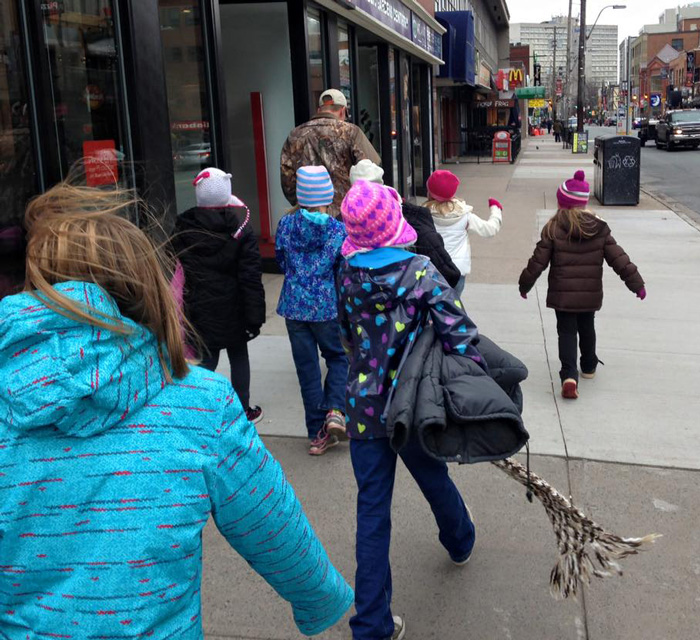 By November 15, the family had plenty of items to distribute. Because friends and family were coming to town to celebrate her daughter’s eighth birthday, Tara figured that event would also be the perfect opportunity to ‘dress up’ the town and share the donated goods.

She, her eight-year-old daughter and seven of her daughter’s friends gathered winter coats and mittens and tied them to street poles throughout the city for homeless individuals to claim. Each item had a tag that read “I am not lost! If you are stuck out in the cold, please take me to keep warm!” 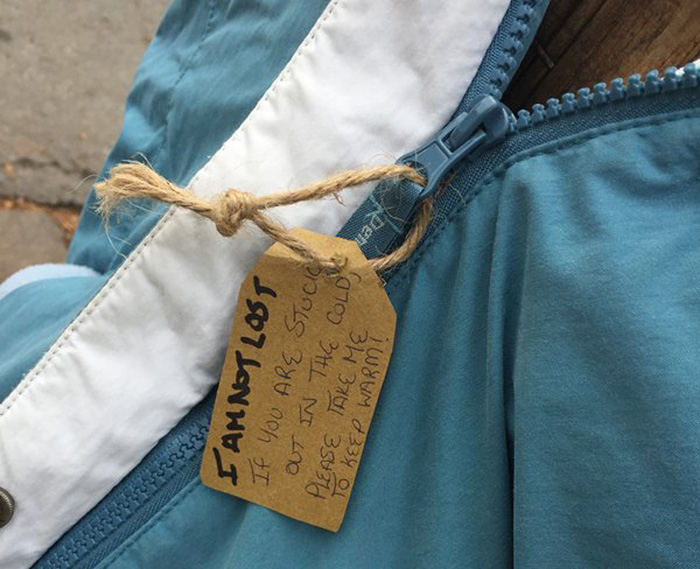 Their compassionate efforts did not go unnoticed. Photos of the fashionable poles soon began circulating on social media, with people wondering who was behind the kind gesture. 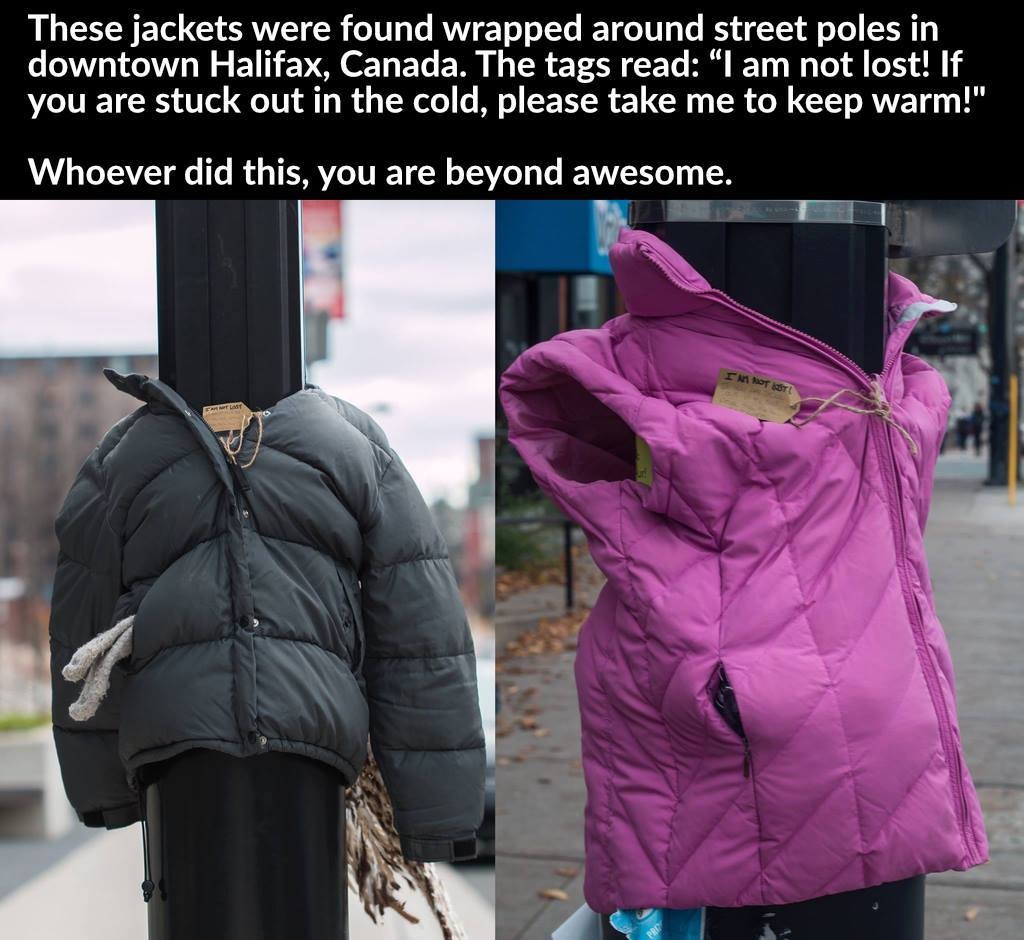