These Animals Had Epic and Touching Reactions to Their First Tastes of Freedom. 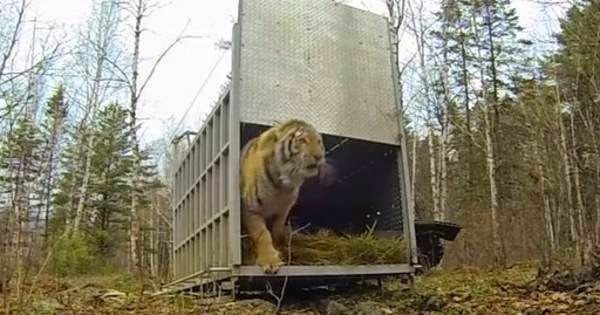 Prisoners stuck in jail for years are often astonished by the world around them when they leave. Things have changed and people have moved on in the world. These newly freed individuals have every reason to be upset, because they can finally appreciate what they missed.

But what if they didn't know what they were missing? What would it be like if they lived there their entire lives in ignorance of the free, outside world?

We'll never see reactions quite like this caught on film. Instead, we have this amazing footage of animals going through the same predicament. Take a look.


1.) These chimps are priceless after being caged for 30 years.


2.) Three orphaned foxes were released into the wild, but not from my heart.


3.) When these orphaned raccoons were freed, what they did next was hilarious.


4.) A rare Siberian Tiger was released...and let's just say he was enthusiastic.


5.) When these seal pups were set free, their reaction made me smile for hours.


6.) These Beagles may not be going into the wild, but they are getting to live crate-free for the first time!

After seeing their amazing reactions, I don't think I'll ever complain about not leaving work early ever again. These animals are so precious, and I hope they enjoy their freedom!