Νοεμβρίου 23, 2014
This is one owl who definitely isn't all he seems at first glance. The Western Screech was discovered on a front porch after he injured himself flying into the wall. He isn't just a clumsy flier, though.

The fine feathered friend is actually blind. The disability brought him to the Wildlife Learning Center in Southern California where they fixed up his injuries and noticed a stunning side effect of his condition.


Just like Foreigner's "Jukebox Hero," this little guy has got stars in his eyes.


And because of his condition, they couldn't exactly just release him back into nature. 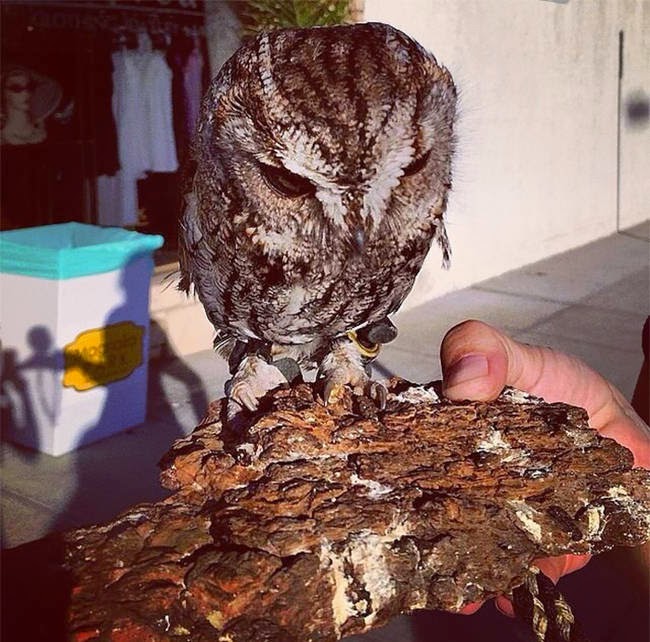 So now, he called the facility home and even has his own perch right next to founder Paul Hahn’s desk. 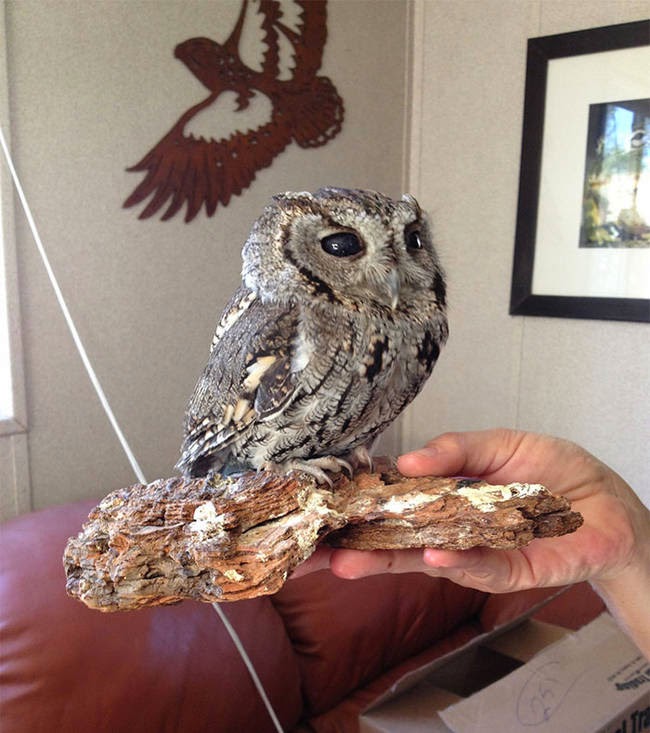 The celestial appearance inspired workers to name him Zeus, after the Roman god of the sky. 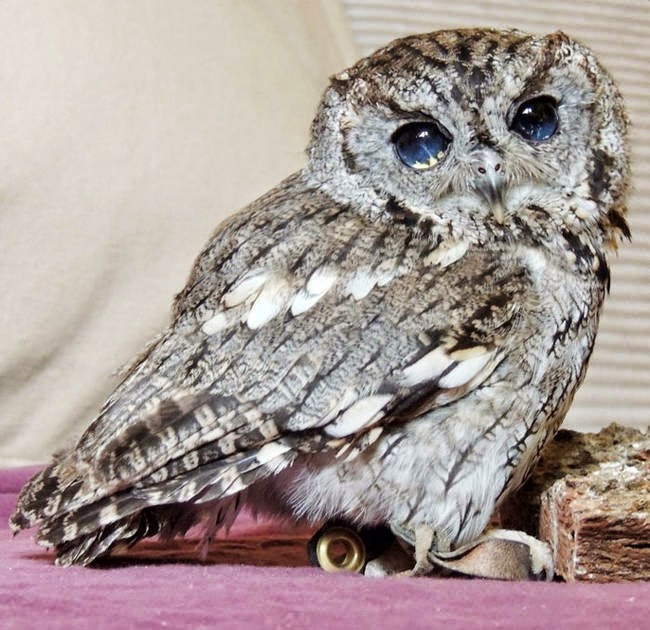 He feels right at home in at the Sylmar, California wildlife center. 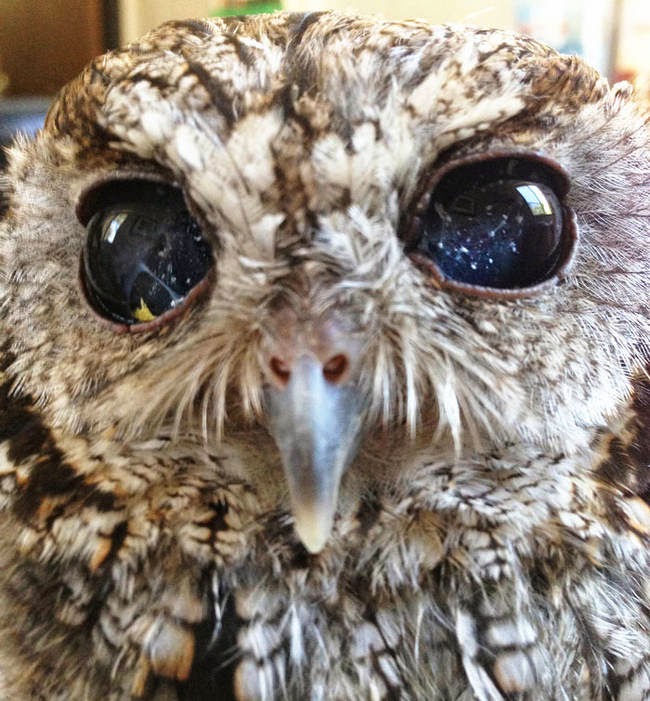 He's very friendly and loves being around people. 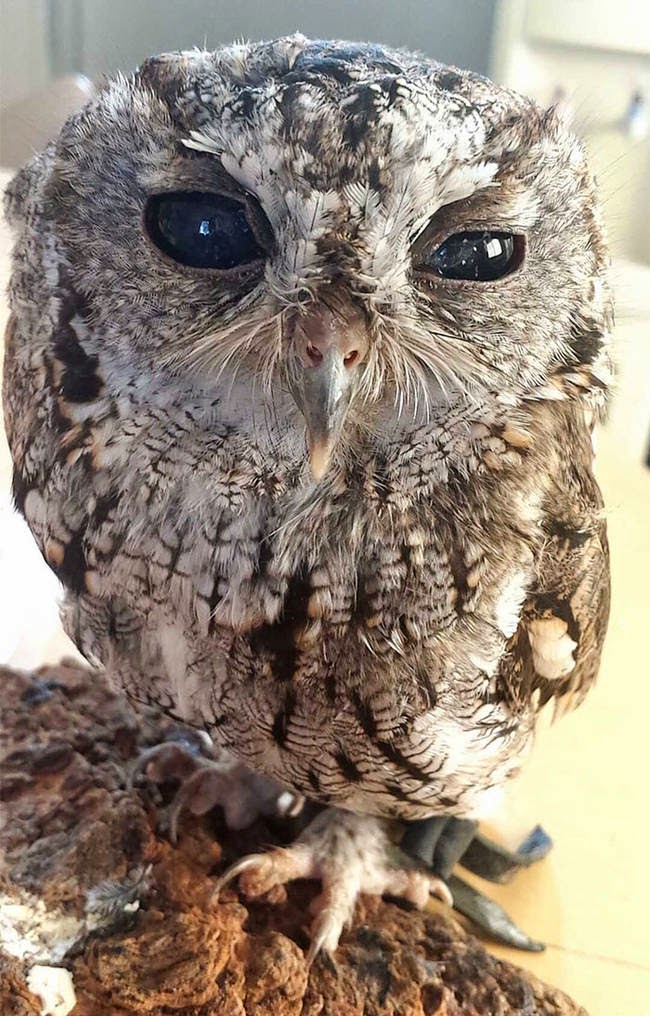 Which is good because visitors love see the little guy. 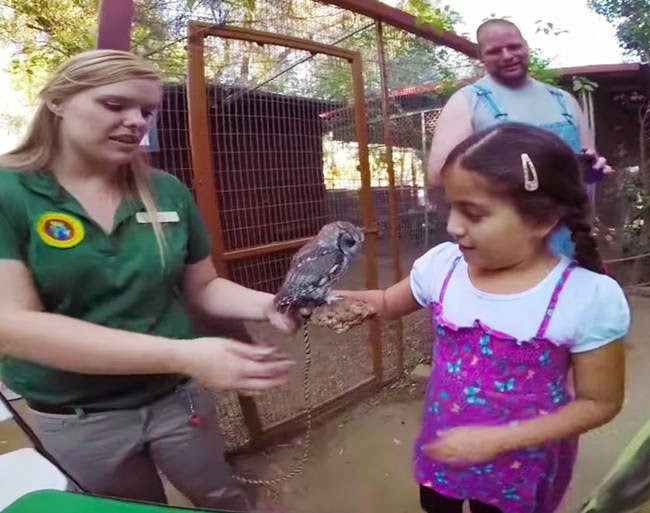 You can visit the gorgeous guy yourself at the Wildlife Learning Center and stay up to date on him and all his friends through their Facebook page.