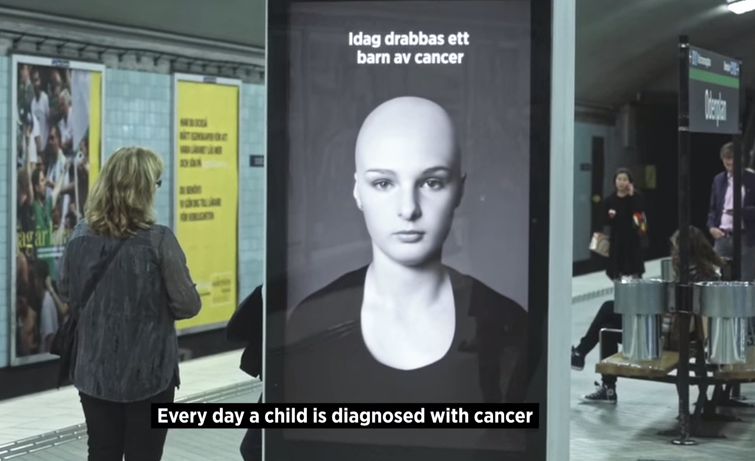 A high-tech subway billboard ad is gaining lots of attention in Sweden for the innovative way it’s sharing an important message. Recently, daily commuters were entertained by another digital interactive ad for shampoo. It showed a woman with immaculate hair and when a train arrived at the station – whoosh – the woman’s hair began to blow around as though it was windswept by the train. People loved it!

Barncancer Fonden, a Swedish foundation fighting childhood cancer, took notice and decided to do their own version. Watch to see the powerful way to convey their message!